Unfortunately, elder abuse is a pervasive problem not just in Massachusetts but all over the country. Often the elderly, and especially those who are afflicted with severe conditions are unable to protect themselves or even speak up for themselves. This is why it is imperative for friends and family members to understand the signs of elder abuse and neglect.

Follow these tips below to take a stand against elder abuse:

Here is a link to the elder abuse hotline for more information- http://www.mass.gov/elders/service-orgs-advocates/protective-services-program.html

Making the decision about how to care for your elderly parents is a challenging one but it is one that must be undertaken with a particular level of care and compassion. Consult with a Massachusetts elder law attorney today to learn more. Noreen Murphy is passionate about helping seniors with their elder law needs. She was recently inducted into the Arlington Elder Abuse Prevention Hall of Fame for her efforts.

NBC paved yet another yellow brick road to ruby-red-hot ratings with their latest live musical event this month, The Wiz LIVE!

The Wizard of Oz holds a special place in our cultural consciousness, with the 1939 MGM version standing out as perhaps the most-watched movie in the whole history of cinema. Nearly every American has seen it, and for decades now, scholars have pondered how that original novel and its two most famous adaptations (the 1939 film and Broadway’s The Wiz) have molded our collective notion of home.

Indeed, the banner song in The Wiz is a beautiful ballad entitled “Home,” in which Dorothy wrestles what it really means to “go home.” (By all accounts, actress Shanice Williams knocked it out of the park on NBC.)

Incidentally, I recently ran across a U.S. News & World Report piece that grapples with that very same question for dementia patients. What does “home” mean for someone who might struggle to remember where that is?

“Caregivers are initially caught off guard when people in the middle to late-middle stage of dementia plead, ‘I want to go home!’” the article explains. Often, the home they’re referencing is the one they knew long ago in their childhood, as those earliest memories tend to last the longest.

Of course, childhood homes are often inaccessible for the elderly, so World Report offers these tips for helping dementia patients feel “at home” in a place they don’t recognize:

Truly, there’s no place like home, and that’s a notion that can stick with us long after memories fade.

I am on the Arlington Elder Abuse Task Force for this Town Forum. The Mission Statement is: “The Arlington Elder Abuse Task Force is a community-based team of organizations and individuals committed to providing public education and resources to prevent and respond to abuse, neglect, fraud, and financial exploitation of all seniors in Arlington.”
Please join us on June 24th for:
A community-wide forum on the economic security and personal safety of our seniors.
Click here for details.

Financial exploitation is a serious and ongoing issue facing seniors nationwide, with losses estimated at around $2.9 billion nationally, and Massachusetts’ aging population is not exempt. According to a recent article, the Massachusetts Protective Services authorities were contacted around 21,000 times last year on suspicions of elder abuse, with, approximately, one third of cases involved some form of financial exploitation. This problem is expected to increase as vulnerable populations of senior with Alzheimer’s disease are projected to double, and perhaps triple, in number across the country by 2050. 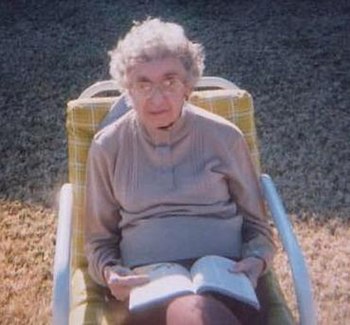 In response to the projected increase in seniors targeted for financial abuse, several initiatives have been introduced. The initiatives, focusing on understanding the scope and size of the issue in order to create effective strategies aimed at combatting the abuse, include a Massachusetts special state commission tasked with investigating and making recommendations to the Governor’s office to strengthen protective services for elders.

The Commission, lobbied for by Massachusetts Representative Paul Brodeur, is expected to issue a report in January 2014, which includes a proposal establishing teams of financial experts who can serve as volunteer assistance in unraveling financial scams for the often overwhelmed protective service staff.

Specialists and legal experts have also come together to form the Center for Law, Brain, And Behavior at Massachusetts General Hospital, which, among other things, is focused on better understanding the changes in the brain, which can leave seniors vulnerable to undue influence in financial decisions.